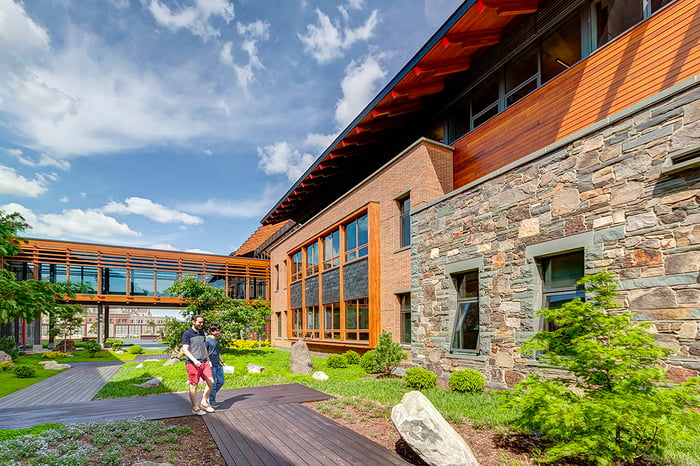 Founded in 1968, Cuningham Group has designed some of the most innovative and exciting architectural projects across the country. Headquartered in Minneapolis, the firm continues to do what it does best — create innovative, sustainable designs and nurture collaborative client and partner relationships.

At its core, Cuningham Group exists to create architectural designs that uplift the human experience, so as to produce indelible environments for families, friends, neighbors and coworkers to grow and flourish. To accomplish this, the firm developed a model of architecture that is highly inclusive and incorporates extensive client, consultant, engineer, and contractor participation. Collaboration is the most intrinsic component of the Cuningham Group’s corporate culture. Through a collaborative approach – applied internally (across all departments) and externally (across multi-organizations) – the firm fosters cooperative engagement with project teams, clients, stakeholders, and community members.

Project-wise, Cuningham is a very diverse company. From multi-living housing projects, schools and healthcare facilities to grocery store chains and theme parks, they leverage the wisdom and experience of their team members and the advanced expertise of long-time designers and architects to produce designs that capture the essence of their client’s story. Their design process is holistic in its approach and embraces all available information and participants to produce designs that are original and custom for each client.

Yet despite having a well-honed design process and philosophy in place, the fact remains that in this fluid digital age, design coordination and content management have opened the door to a whole new set of challenges. The intricacies of bringing together (and managing) vast amounts of information and engaging collaboratively in the BIM environment can be daunting. And that’s why Cuningham decided the time was ripe to tackle this problem head-on.

There were two specific issues that Cuningham needed to resolve.  The first (and main) problem was inadequate content organization. Prior to having any content management system in place, the firm’s staff wanted to go through and reorganize the Revit content in a way that worked better for them. But each department had their own idea as to how they wanted it organized – the architects wanted it one way, the landscape team wanted it another, and so on. And that is why they always kept the content in the same folder structure as the standard Revit categories – separate family folders for doors, windows, sites, electrical fixtures, etc.

The idea was that if the content was organized the way Revit utilizes it, it would be easier to find. However, that didn’t work for the end user who, for example, wanted the chairs to be located in one folder – not separated into different folders with one for interior chairs and another for exterior patio chairs. Add to that the fact that not all content was Revit content and didn’t easily fall into standard Revit categories. So, it became abundantly clear that they needed a solution for organizing all their digital assets in a way that would satisfy everyone, not just a few.

Data and information are at the center of any architectural, engineering or construction project and, as such, it is vital that they are managed efficiently and accessed easily. And that was Cuningham’s second issue – specifically the ability to locate content quickly, without having to waste time searching through an entire network.

The firm’s BIM managers began searching for solutions to content management for their Revit library. They looked at a number of options before narrowing it down to AVAIL and one other popular, cloud-based CMS.

As a standard for assessing technology, Cuningham initiated a very structured and democratic approach for evaluating a new content management system. They gathered their top tier Revit users and split them into two groups of 15. With AVAIL’s Pilot Program, the teams used the platform for 30 days, after which they were given a generic survey to fill out. The platform was changed out and they then tried another for 30 more days. Upon completion, they were given the same generic survey. And then they received a third and final survey which was specific to the two platforms – essentially a face-off.

Across the board, these were the five benefits that Cuningham Group’s BIM Manager indicated tipped the scale in AVAIL’s favor:

Create Channels: “The biggest one for us is the ability to have the users create their own channels and to organize the content in that channel without ever touching the network and reorganizing the network where the actual file lives.”

Look and Feel: “It’s streamlined, it’s easy to look at, it looks up to date and fresh — where other platforms look dated.”

Time Saver: “We’ve saved a ton of time in just finding the content quicker. I would guesstimate that you’re looking at probably at least a minimum of 5-10 hours a week of time saved.”

Ease of Use: “It’s being able to find the content in a relatively quick manner, and then being able to load in the content, or a single-family type, without having to load the entire family. Our door libraries are huge. We’ve got 10-15 different types of doors in a door file. I don’t want to load all of those in if I’m only using one or two of them. And being able to use AVAIL to do that, load in the two-family types that I want and not have to load the rest — it helps keep our file sizes down.”

File-Agnostic: “Even though it was developed for Revit, I can put anything in there. It’s completely file-agnostic.”

Being a democratic culture, Cuningham took the time upfront to build consensus – which made their adoption move faster. An initial rollout that targeted their power user group has tripled in less than a year. At this rate the firm expects to hit every user within the next six months. One major incentive for Cuningham users to adopt the AVAIL system is that Cuningham chose to give everyone publisher rights – which is significant since, by nature, BIM content and standardized libraries are tightly controlled. Similarly, the AVAIL system allows for controlled or open use – providing the firm with the flexibility to deploy whichever level of use it deems appropriate. And as the BIM Manager aptly pointed out, “By opening it up and not policing it, you’re actually going to get more users.”

It is uncanny how closely AVAIL’s culture of openness and collaboration aligns with Cuningham’s. In fact, when we asked the BIM Manager what he thought was the one thing we should never stop doing, he answered: “For me, it’s the open communication that I’ve had with Jim (AVAIL COO, Jim Clifton) and Randall (AVAIL CEO, Randall Stevens). I didn’t get to meet anyone in their levels at the competing CMS company. So, the openness and transparency between AVAIL and us during this process have been an extreme pleasure.” And that is the true measure of holistic collaboration between partners. 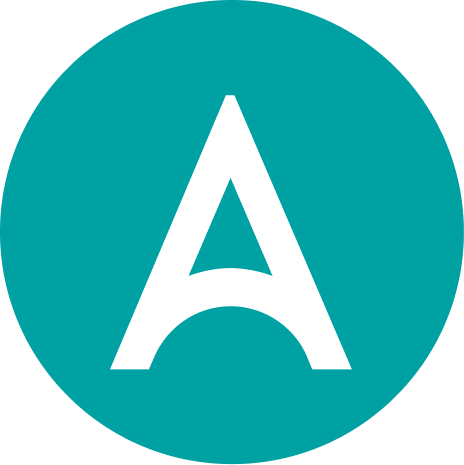